Help! I’m Locked In My Car! 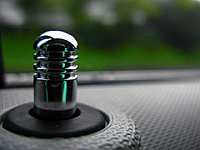 I used to afflict my kids with a story of a man who locked his keys in his car. What’s worse, it was beginning to rain, the top was down, and his family that was locked inside the car were starting to get wet, along with the car’s interior. Every time my kids pointed out a solution to the problem, I would redirect to another aspect of the man’s problem. It was great fun for me and frustrating for my kids. How could the man (and their dad) be so stupid?!

Update. I took a second look at this story. Surely, this has to be an April Fool’s joke or an urban legend. As it turns out, another news source also reported the story and has the 9-1-1 tape.